Interview: Sharon Lawrence on the Dangers of "Thinspiration" 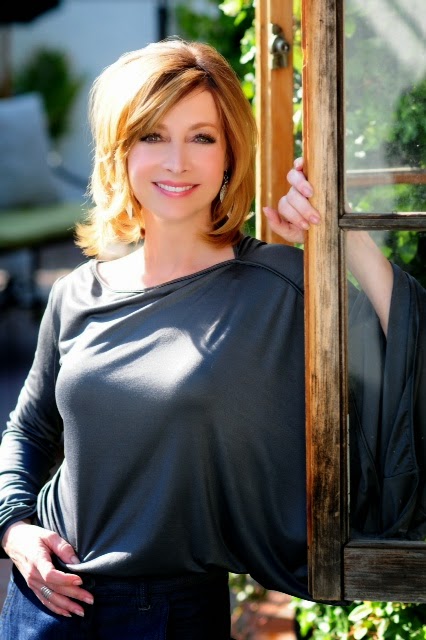 Sharon Lawrence — who’s known for her roles on “Drop Dead Diva,” “One Tree Hill,” “Rizzoli and Isles” and “NYPD Blue,” to name a scant few — tackles a heavy subject in her latest movie. In “Starving in Suburbia” — which premieres on Lifetime this Saturday, April 26 at 8 p.m. ET/PT — Sharon plays therapist Dr. Klein, who tries to help Hannah Warner (played by Laura Slade Wiggins) with her deadly eating disorder. And if you think you’ve “been there, done that” when it comes to your knowledge of eating disorders and their subsequent movies, think again.

“Starving in Suburbia” follows Hannah, a high school junior and accomplished dancer who stumbles upon a “Thinspiration” website, and is convinced by an anorexic website user named “Butterfly” to lose 20 pounds in 20 days so she can be “thin, happy, free and perfect.” Hannah spirals into a dark cultlike world, becoming destructive to herself, her family, her education and eventually, her life. I spoke with Sharon recently about this very important, and still very prevalent problem among young people today.

Celebrity Extra: Of course, the subject matter of this film is very important. Along with that, what were some of the reasons you accepted the role of Dr. Klein?

Sharon Lawrence: When they offered this to me, I was in the middle of shooting Chris Carter’s pilot for Amazon called “The After.” It was a big thing for me to agree to do this film, although it was only a few days out of my schedule, but it was on my days off. Part of the reason I was willing to do this was when I heard that Laura Slade Wiggins was going to star in it. I had never worked with writer/director Tara Miele before, but my friend Daphne Zuniga was really impressed with her, and the rest of the cast is filled with quality actors, so I knew I had to do it.

CE: Your career field, as well as our culture in general, puts such pressure on appearance and the need to be thin and perfect. How do you feel the movie handles that?

SL: Our culture continues to put those pressures on all of us. One of the things that I was so impressed with when I first read the script is that Tara has pulled no punches. She analyzed all of the influences: It’s fathers and mothers who have to watch out for signs. It is clearly the media that puts on these pressures — that’s no surprise there. But also it’s the families — whose intentions, I’m sure, are good in terms of achievement — who have to recognize what sort of a mind can be susceptible to this.

CE: The film certainly raises a lot of questions.

SL: Isn’t that great? And the problem is, we don’t have any answers. You can ask questions all you want, but what is the answer? Hannah’s journey throughout the film makes that clear; she will always be struggling. She’s identified what the problem really is. She now knows. But the problem is not accepting herself. And that’s a daily journey. It doesn’t go away without constant care. I really appreciate Dr. Klein’s understanding of that, and she says as much when she confronts Hannah. It’s so easy for Hannah just to think that all she is, is messed up. But she comes to realize that’s not all she is, and when you realize that, the balance comes back into your life.

CE: One of the things I liked about this movie is that it didn’t place all the blame on the mom — the father was just as culpable in the pressure he put on his son to make his wrestling weight class and to be a successful wrestler, to be a winner.

SL: I think it’s so hard as a man to understand that success is not the only way to happiness. Hannah has that competitive drive — that drive was part of what pushed her toward her eating disorder. She’s competing with herself to lose the weight; she’s competing with other people in the chat room to see who’s on top with this warped sense of achievement. Our culture is so competitive.

I loved Paula Newsome’s portrayal of the dance teacher. I’m a dancer, originally, and I’ve seen how in the years since I started dancing how different that culture has become. Now young gals are competing all the time with their dancing. We danced because we loved it. It gave us a great sense of physical self-possession and grace, and if I had been good at math or athletics, I’m sure my parents would have supported that too. But now the whole young dance world is competition. There’s a fine line between helping push young people toward their potential, giving them good habits toward achievement, expectation and discipline, and then understanding when something has become out of balance. In the film, I find the teacher’s assessment of that to be very encouraging.

CE: How did you all prepare yourselves for the movie?

SL: Tara talked with us a lot about the therapy scenes because she spent a lot of time in a clinic doing research. What she said about that experience sticks with me: Through the whole time she was there, the main impression she came back with were the words ‘living death.’ People are living with death all the time with different diseases, but that this one is self-inflicted, it’s one of the things that’s just so hard to get your head around. Food is  ubiquitous; we have to have it. It’s not like heroin. As tragic as heroin is, you don’t have to be exposed to heroin, but we do have to deal with food. You have to deal with learning what control really does mean in your life, and how that gets out of control.

SL: Exactly. This film features anorexia in men, but I’m shooting another film right now (called “Perception”), and the only reason I said yes to this one is because of what I learned from Tara. It’s about body dysmorphic disorder in men and all those guys who are on steroids. They develop their own dysmorphia because they still see themselves as skinny wimps. It happens to them. They are killing themselves with steroids.
Posted by Cindy Elavsky at 12:30 PM